Fermo Models was formed on the basis of the W. Osgaard Company
when the latter collapsed around 1958. Some employees from Osgaard, among them a
certain Mr. Ferdinandsen, created Fermo (FERdinandsen MOdel factory), and a lot of the
tooling and most of the staff went into the new company. So both Osgaard and Fermo
versions of these models may be around, and they will probably look identical.

W. Osgaard was indeed the first of the companies, but the two factories did exist simultaneously during a brief period around 1960. When W. Osgaard folded, the remains were taken over by Fermo. Fermo was run by a former employee/partner from W. Osgaard until the company succumbed in 1982.During its existence, Fermo produced a lot of very different aircraft models. I know of around 50 different types, ranging from very small ashtray-sized models to large-scale cutaways. DC-6, DC-7 (pax and cargo versions), DC-8 (pax and cargo, long and short versions), DC-9 (pax and cargo versions), DC-10, B-747, CV-990 and a lot more. A lot of the models were produced in multiple scales and both solid and cutaway versions. Some of these models were produced in very small numbers - they made a 1:25 B-747 SAS cutaway, which was made in two or three pieces, and on the other hand, the DC-8-32 from 1960 (OY-KTA) was made in a quantity of around 2500 pieces or even more.I know that Fermo and/or Osgaard produced models for SAS, TEAL, Air Canada, American Airlines, Alaska, Sterling Airways, Ozark Airlines, Delta Airlines, KLM, Thai and Braniff 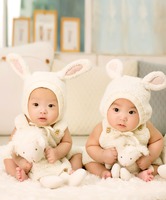